END_OF_DOCUMENT_TOKEN_TO_BE_REPLACED

Housing ‘Bottom’ about to drown in a new wave of foreclosures.

“In what appears to be surprising news for some, Reuters has an article titled “Americans brace for next foreclosure wave” whose key premise is that “a painful part two of the [housing] slump looks set to unfold: Many more U.S. homeowners face the prospect of losing their homes this year as banks pick up the pace of foreclosures.” Thank the robosettlement, where in exchange for a few wrist slaps, contract law was thoroughly trampled by America’s attorneys general, but far more importantly to the country’s crony capitalist system, the foreclosure pipeline was once again unclogged, and whether one does or does not have a legal title on a given house, the banks are now fully in their right to foreclose on it. What this means also is that America’s record shadow housing inventory, which is far greater than any fabricated number the NAR reports on a monthly basis, is about to get unleashed on buyers, shifting the supply curve much further to the right, as up to 9 million new properties slowly but surely appear on the market. And while many will no longer be able to live mortgage free, forcing them to go out and rent (and no longer be able to afford incremental iGizmos), it also means that the prevalent price of homes is about to take another major tumble, making buffoons out of all those who, once again, called for a housing bottom in early 2012. Here’s the simple math: there will be no housing bottom until the 9 million excess homes clear.”

Two comments re: the bolded portions above. First, the legal principal protecting your property from unreasonable seizure has now been dismantled and absent a Supreme Court miracle gone forever. In fact holding clear title to a piece of property doesn’t even protect you from END_OF_DOCUMENT_TOKEN_TO_BE_REPLACED

European debt-crisis issues are lessons for the US. They belong in the political debate. Both political parties are responsible for our growing debt issues. Bush ran up huge deficits. Obama continued them. Each party blames the other. See the whole post here: Back from Paris

Especially pay attention to item #4. that begins: Private holders of Greek debt had several years to get out…

For extra credit from ‘The Only Thing New In History’ department: Yet another sovereign debt crisis If that link no longer works use this one to see the PDF.

*Referencing Rogoff & Reinhart’s work in “This Time Is Different”. See ‘Whodunit’ in the column to the right for this essential book. 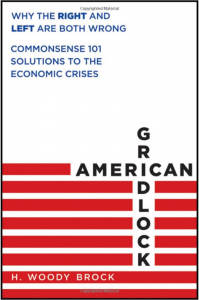 I have read in numerous places recently about how the profession of economics has failed to deliver real benefits because the mainstream theory is built on the wrong assumptions. I and I’m sure you also have experienced the downside of this but these pieces until now have only been able to point out the problem not the solution which would be a new model of the economy and what it would teach us to do differently. Well now we have a better model and what needs to be done to move END_OF_DOCUMENT_TOKEN_TO_BE_REPLACED

Elected attorney general in November 2010, Schneiderman discovered upon taking office that the Obama administration was avidly promoting a proposed settlement among five mega-lenders… In return.. the feds and the state AGs would grant the banks immunity for not just any further robo-signing misdeeds but for all illegal conduct that had led to the 2008 collapse… the banks would be free and clear of any state or federal prosecution for these offenses. Indeed, with no agency of government able to bring legal action, there would be no serious investigation of whether and how the banks broke the law.

“We have to get accountability,” Schneiderman told me this week. “We have to get substantial relief for homeowners and investors. And we have to get the story told clearly and factually, so the history doesn’t get rewritten. If you listen to the presidential debates, you hear the same supply-side and deregulatory nonsense that got us into this crisis. If we don’t uncover the facts and put them out there, it will happen again.”

I am running a friend’s campaign for city council so I’ve been talking to a lot of people the last few months. Most of the conversations have been about our home town of Bellevue WA and the local issues the city is facing but I’ve also had a number of conversations about the economy, real estate and the credit markets. The majority of the people, many of whom are developers, property/asset managers or owners, are searching for the turn in the cycle and are looking forward to the opportunities that will arise when things return to normal.

I too am looking forward to the upswing in the real estate cycle but I’m not sure that back to ‘normal’ is where we headed. I believe for the last two decades we have been and are living in the ultimate payoff of the Marshall Plan and its siblings. We have successfully avoided a third world war by creating market based economies where enemies might have arisen. This is an entirely positive outcome and surprising to me, a child of the cold war era. END_OF_DOCUMENT_TOKEN_TO_BE_REPLACED