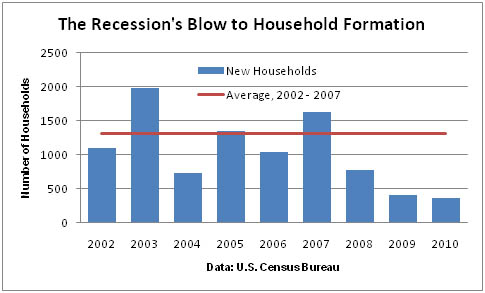 Even if household formation only catches up at 500,000 per year that means five more years of above trend new households. And that sounds like a silver lining to me.