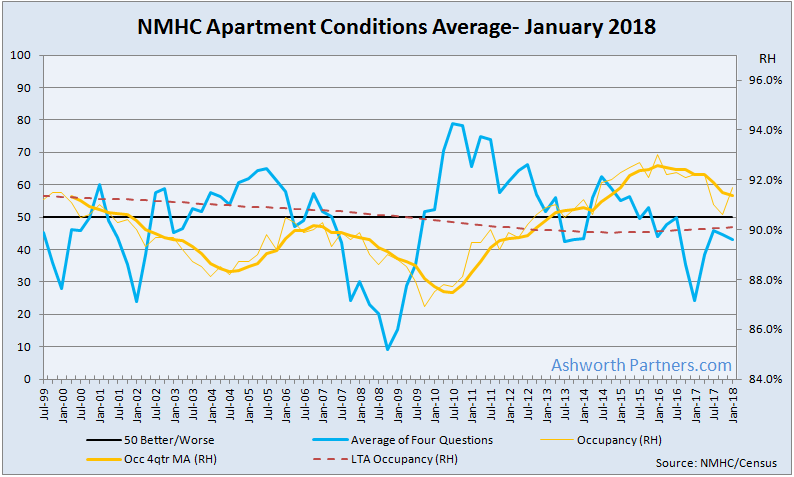 The average of apartment investment conditions tracked by the National Multi Housing Council’s quarterly survey have remained below the 50/50 better/worse level since January 2016. That coincided with the peak in national occupancy at 93% according to the Census Bureau.

The market tightness index has also been below 50 since January of 2016: 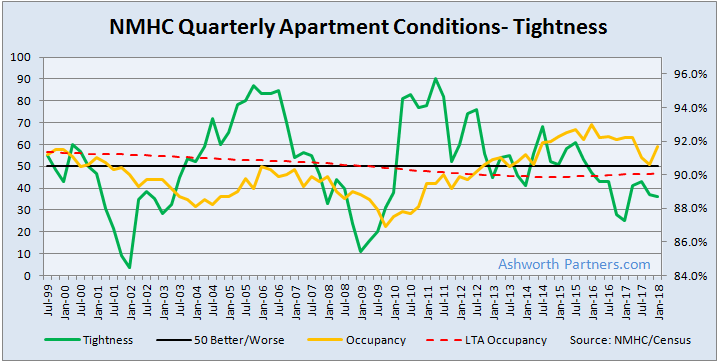 Equity financing turned negative in January 2016 and then rebounded in the latest survey:

On the debt index, well debt is volatile:

What we’re seeing: With occupancy still above its long term (30yr) average nationally the apartment market is late-ish in the cycle according to standard methodology … but your mileage could vary depending on the particular market. On the supply side peak deliveries have happened in many markets but there are a few still delivering more this year than last and at least one where the peak won’t happen until 2019 (if everything permitted gets started… and completed on time).

The other thing to keep in mind is that these are surveys* not hard data so we look at them as indications and unless most or all make major moves there’s probably more noise than signal. But we do keep an eye on them.

*Here are the five questions the NMHC asks: