The average of the NMHC’s Apartment Conditions fell to 24 from 35 with all series but Equity Financing (holding at 33) falling from last quarter. Both Market Tightness and Sales Volume came in at 25 (down from 28 and 35 respectively) while the more volatile Debt Financing fell to 14 from 38 last fall.

The Equity Financing which may be the most reliable barometer of the four series has been trending down since July 2014 and went negative a year ago: 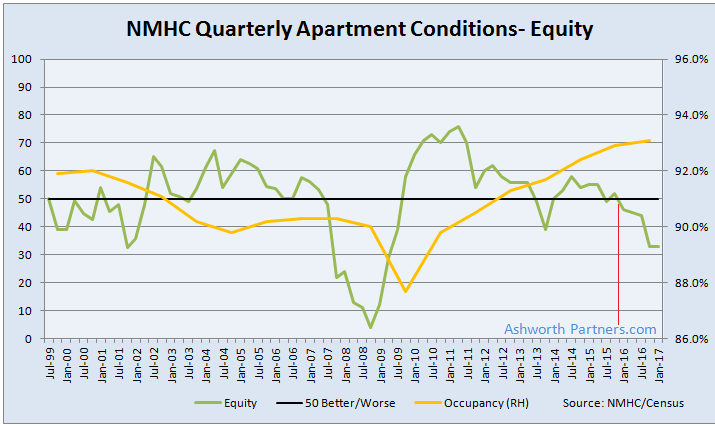 From the NMHC: “The Debt Financing Index declined 24 points to 14. Almost three quarters (74 percent) reported worse borrowing conditions compared to the three months prior. Just one percent reported improved conditions. This marks the lowest index level for the series since October 2008.”

This is a markedly different outlook from that of the small business sector where optimism has skyrocketed since last November; see this chart of NFIB data from Bill McBride over at Calculated Risk: 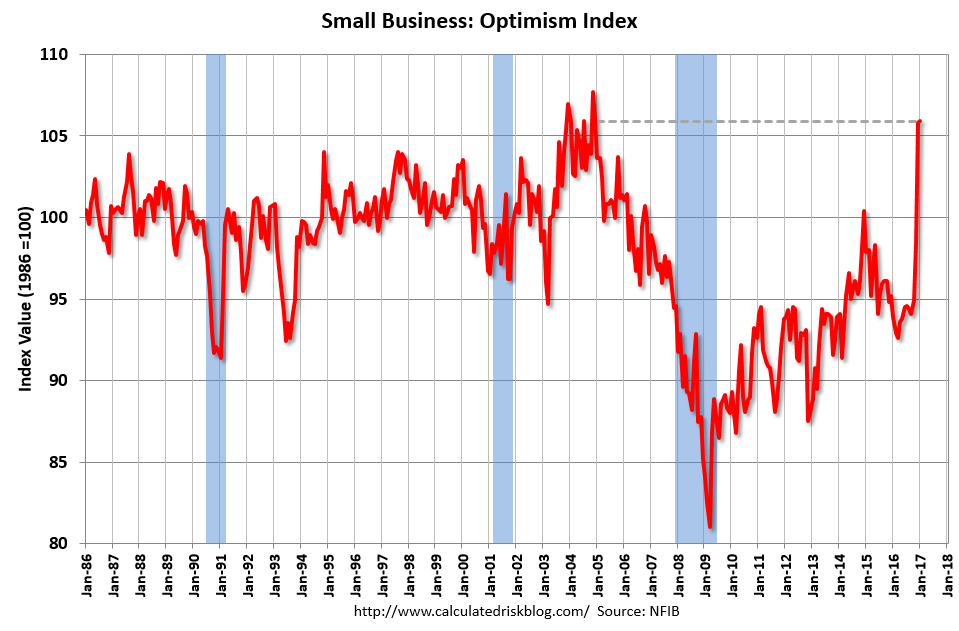 My thoughts: It does seem as though the apartment cycle on a national basis is starting to roll over but there are also many markets still in the growth phase; particularly those with job and population growth. With traditional lenders and equity sources pulling back this may provide an opportunity for those with a finer tuned sense of their local market who can access non-traditional sources of debt and equity (ask me how).

My other thought is that if business optimism turns out to be unwarranted or even just premature there may be better acquisition opportunities on the horizon.