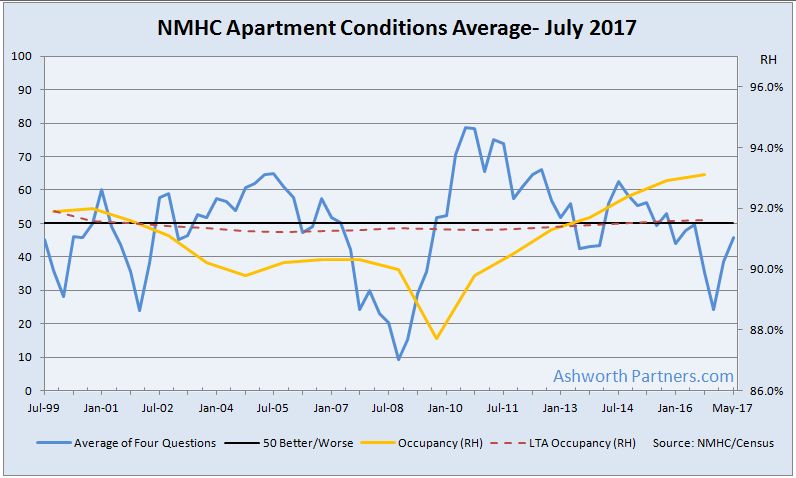 All four of the indexes in National Multi-Housing Council’s July survey improved but remained below the 50 better/worse boundary bringing the average up to 46 from 39.

The biggest improvement was in the Sales Index which rose 17 points to 47 from last quarter’s 30 with the NMHC noting: “Twenty-seven percent of respondents reported higher sales volume than three months prior, compared to 33 percent that reported lower volume.”

My Take: The NMHC Index Average has been in negative territory for a year now and while rent growth and occupancy in Class A are feeling the effects of all the new supply coming online (and about to), Class B & C are still extremely tight and will remain so until we figure out how to build new Class B & C apartments. A side effect of this is that we’re seeing both renters and investors willing to venture out from the urban core to the further and further outlying areas. A recent study showed that there are 5,000 folks from the Bellingham, WA area (my hometown up near the Canadian border) commuting south 90 miles every day to work in the Seattle area.