Research out from CBRE Econometric Advisors shows that the typical risk-free benchmark rate, the 10 year Treasury, does not accurately reflect the cost of capital risks in asset pricing for commercial real estate. The whole yield curve or ‘term structure’ should be used instead. Highlights from their report: 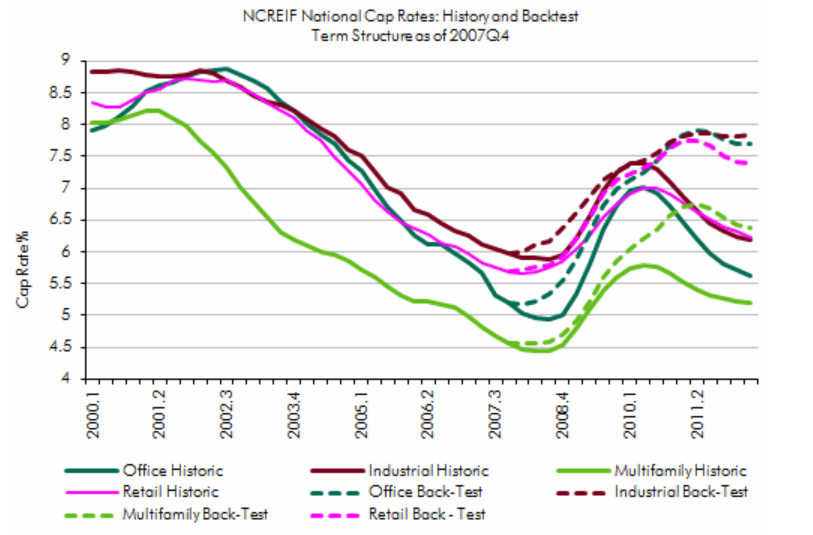