END_OF_DOCUMENT_TOKEN_TO_BE_REPLACED

… small and Large. Sunday was the 2nd anniversary of the May 6th Flash Crash of 2010. High Frequency Trading (HFT) insiders have hacked the stock markets so they get a sneak peak at your, and everyone’s trades before they’re executed. Think of it like one player at the poker table can secretly see your cards, and everyone else’s before they bet- Want to play in that casino?

When the HFT trading robots all lock onto the same pattern they can take a major market like the Dow Jones Industrial Average down 700 points in 10 minutes and thus we all remember the Flash Crash. Now it so happened that that time the market recovered about 70% of the loss shortly after but the damage to confidence was done.

Once bitten, twice shy. Or as Joe Saluzzi and Sal Arnuk at Themis Trading (a specialty company that trades equities for large institutions and hedge funds- stock traders not OWS supporters) put it: ” traditional retail and institutional buyers and sellers of stock have been steadily waking up to the dangers of drinking at the increasingly dangerous ”stock market watering hole”. Like the animals on the Serengeti, who for years were accustomed to sipping long and heartily at their favorite spot, retail and institutional investors now see what’s beneath the surface. And they are deciding that the drink they crave is just not worth the risk.

It isn’t hard to blame them. They have witnessed a radical transformation of the best capital allocation market system in the world, into one where:

– 13 stock exchanges cater to hyper traders who game the system, chasing exchange rebates, and leveraging speed for the purpose of a nanosecond scalping dance.
– More than 40 dark pools together trade more than 1/3rd of all shares.
– Conflicts of interest abound as exchanges own stakes in END_OF_DOCUMENT_TOKEN_TO_BE_REPLACED 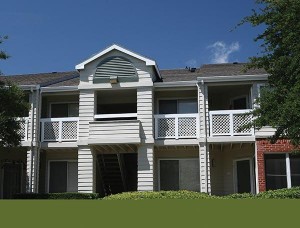 Great exploration of what money is and what it requires to remain viable. The piece covers such topics as:

[R]enting is better than owning for many Americans. Indeed, dozens of recent studies have shown that, excepting the go-go bubble years, houses tend not to make very good investments at all: A prospective homebuyer would have made more money taking her down payment, parking it in inflation-adjusted Treasury bonds, and renting.

But it is conclusive: Not everyone should own a home. The recession has helped erode the stigma against renting, with about 70 percent of Americans now admitting that it has advantages over buying a house. If people are making unsentimental decisions about whether homeownership is really worth it for them, that is at least one small benefit of the housing bubble bursting.

See the whole article with links to reports and surveys here: The Rent Isn’t Too Damn High

In the past, any loan of at least $15 million, or any deal of more than 150 units, had to go through the FHA’s National Loan Committee. That threshold has been dialed up to $25 million, or 250 units.

What’s more, any existing FHA-insured loan looking to refinance through the Sec. 223(f) program no longer needs to go through either the regional or the national loan committee.

The real problems we’re facing around the world are from excess leverage and at the end of every debt binge the unwinding happens in three ways.  Debt creation can be reduced and austerity can be imposed to make room for END_OF_DOCUMENT_TOKEN_TO_BE_REPLACED

After a recent speaking engagement I was asked about how and why I use the earnings multiple concept when evaluating apartment investments. It was a great question and so I’m sharing my answer here in this blog post.

As a value investor two of the fundamental questions I always ask is what am I buying and how much do I have to pay for it. With an apartment investment (or really any investment) I am buying current income and the potential for appreciation so the second question comes down to “How many years of earnings do I have to pay for these returns?” The question can be answered by converting the cap rate to an earnings multiple. The Cap Rate is the return in current income on an apartment investment you could expect if you paid all cash. To convert a Cap Rate into a Earnings Multiple use the formula: END_OF_DOCUMENT_TOKEN_TO_BE_REPLACED

If you listen to any conversation about commercial real estate (CRE) within a minute the subject of cap rates will come up. Those who are just beginning to explore CRE are often thrown off by what one is and how it is calculated.  A cap rate is really a simple thing that is often made overly complicated by the way it is explained. Let’s walk through what a cap rate is and then we’ll look at how they are used so that the next time the conversation turns to CRE you’ll be right there in sixty seconds when they get to cap rates.