A lot of the usual suspects when it comes to multifamily markets have moved pretty far into their cycles and if your home area is like ours ti’s getting pretty fully priced. With our value investor mindset that means we’re looking for the next markets to do well over the coming 10-20 years. As apartment building investors we say: 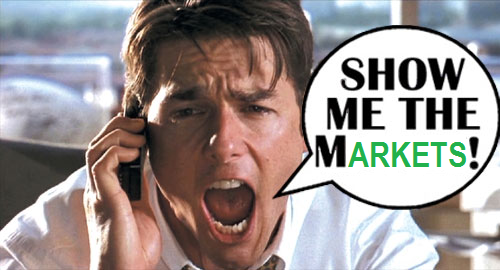 Fortunately two different sources provided data and maps to answer Jerry’s demand. The first is from the NAHB (the National Association of Home Builders) in an Eye On Housing piece called Uneven Aging. The report actually has two maps, the first showing the 2000 to 2010 growth in the under 45 year old population and the second in the over 45.

The eleven states with the greater than 5% growth in under 45 population are interesting because the prime renting demographic is 18-34 which is a good portion of the under 45s. Five cities within those states had greater than 30% growth in their under 45s: Raleigh, Cape Coral, McAllen, Las Vegas and Provo.

The other interesting thing about the under 45s is the economic idea that population growth, especially a high birth rate, drives economic growth. The idea is that babies and new parents need things and lots of new babies means lots of new demand which has to be supplied by developing, manufacturing, transporting, storing, marketing and selling those things… and that means jobs. The Baby Boom has been proposed as the reason the US economy boomed in the post WWII period instead of falling into recession as many expected do to the end of wartime production.

The other other interesting thing from that report is that the high growth in the over 45s took place in virtually the same states if you swap out Wyoming for New Mexico. And three of the high growth under 45 cities also make the high growth over 45 list, with greater than 50% growth in that age group: Provo, Las Vegas and Raleigh. Joining them are Boise and Austin. These cities and states are prime candidates to be analyzed for senior housing growth but the NAHB piece also noted that in the senior age bracket (65 and older) 81% own their homes. There are indications however that this trend may also be changing. For a detailed discussion on senior housing strategy to meet this growing need contact us.

Note also that this data  was from the period 2000 to 2010 so some trends may be playing (or played) out and some such as the growth around the new energy production in North Dakota and eastern Montana hadn’t shown up in the data yet. But remember those two regions, call them Floralina and Texaho when we look at where the population is expected to grow the most going forward.

The next set of data comes via Forbes in a piece very straightforwardly named A Map Of America’s Future: Where Growth Will Be Over The Next Decade They start by looking at a region they call the Inland West and note that: “From 2003 to 2013, it enjoyed the most rapid population growth in the nation: 21%. It is expected to continue to outgrow the rest of the country over the next decade, as the area boasts the highest percentage of young people under 20 in the U.S.” They site the main drivers being strong economic fundamentals, relatively low housing costs and quality of life.

Forbes divides up the country a little differently, in fact they split Texaho pretty much in half but the area between the Mississippi and the Coastal Ranges of WA, OR and CA is where they think most of the population and job growth will be. Note that while their ‘Third Coast’ region along the Gulf is estimated to have a higher percentage job growth, the larger size of what they call the Great Plains and Inland West regions will generate more total jobs.

What about Floralina? On Forbes’ map those states are included in an area called the Southeast Manufacturing Belt and their projection is for almost 11% job growth in the region with the largest population on their map. And they did select Atlanta as the capital city of the region.

Speaking of specific cities, unfortunately Forbes only broke out the numbers for three cities, LA, Miami and NY and that city level data is the real gold we’re digging for. There is gold in the article and a little digging (reading) turns up nuggets like Nashville, The Bakken Formation, Boise and other less overbought markets worthy of investigation. One thing I really like about their map is that they project both the population growth and divide it into three age brackets, Under 30, 31- 65, and 65 plus and display it in bar chart format. They also predict the key industries for each region going forward.

To sum it all up from a big picture perspective we have the ‘Smile’, only more lopsided than the one usually described. Ours starts at the Canadian border in Idaho but only makes it as far north as Virginia on the right side. But along that smile there are a lot of interesting markets with a lot of population and job growth coming that could turn them into very attractive institutional apartment markets. The key is to be there before the institutions ‘discover’ these markets. Then you can sell your properties to the big guys at inflated prices and go hunt up the next next good multifamily markets. See you out there-