Was on NAI Global’s call with Peter Linneman, their chief economist who had some very interesting things to say for apartment building and commercial real estate investors yesterday. Note he’s an actual real estate guy as well as a Wharton professor and I would have lobbied for a better job title at NAI with his background.

First is about the bombshell quote from above. Linneman said there are many studies about home buying that show the down payment is the issue not the mortgage payment and disputes the whole people buy a monthly payment thing.

If I don’t have the downpayment it doesn’t matter what the interest rate is.

Young people are having a very hard time saving for a downpayment at zero percent interest and their parents and grandparents can’t afford to help at zero percent interest on their savings either.  Linneman summed it up by putting it in a golfing context: It’s not the green fees it’s the club membership that make it expensive. Japan is the poster child for this bad policy, they’ve been doing QE for twenty five years and it’s done nothing to fix their problems.

The most interesting thing from a multifamily perspective was that he believes we’re at the beginning of the capital cycle for CRE including apartments:

He also believes that cap rates will have a downward trend because as lending picks up cap rate spreads will narrow and he doesn’t believe interest rates are going to be rising as much as everyone seems to think: 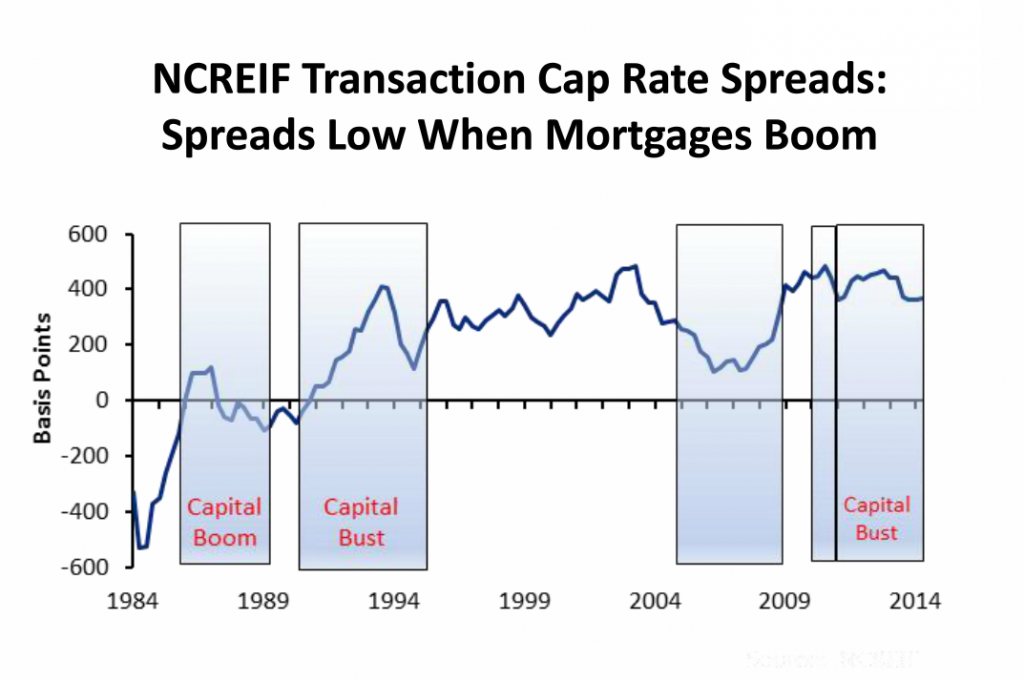 Linneman has much more to say (and the research to go with it) on this effect in the Fall 2014 edition of the Linneman Letter.

4 thoughts on “QE is the most destructive policy for housing in world history. – Dr. Peter Linneman Good for apartments?”