The apartment building investment loan rate we track moved down from last week’s 4.532% to just under 4.5 at 4.489% aided by the spread to the 10yr Treasury (T10) compressing to 2.142 versus the week earlier 2.185. Meanwhile the T10 and the ULI rate seem determined to raise rates even if the Fed doesn’t act. And Greece is set to END_OF_DOCUMENT_TOKEN_TO_BE_REPLACED 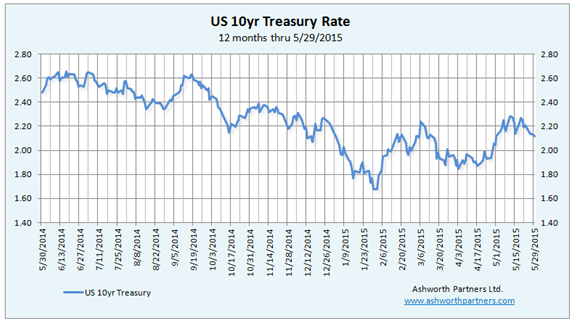 The Fed would like to raise rates, if for no other reason than to prove they aren’t turning Japanese by leaving rates low for two and a half ‘Lost Decades’. They’d also like to have room to lower them again if the economy dips back into recession (Note Q1 GDP was just revised down to -.7% that’s END_OF_DOCUMENT_TOKEN_TO_BE_REPLACED