It is a great question and one that I’d been wondering about too. Just so happens I was meeting with one of my private equity clients last week and we had a long conversation about that very subject. My client is the real estate/mortgage specialist at a 50B firm and they’ve been trying to crack this market profitably for about a year. Here’s the bottom line: Private equity needs to earn END_OF_DOCUMENT_TOKEN_TO_BE_REPLACED 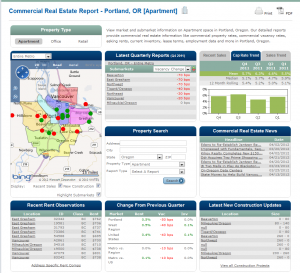 [Urban] TOD (Transit Oriented Development) has performed better and has a sexier image with many institutional investors. But while equity investors continue to favor urban TOD, developers are having a more difficult time finding construction debt at leverage levels that would make those deals pencil out.

Meanwhile out in the ‘burbs: “On suburban sites, you see yields in the 7 to 8 percent range. On the core infill, you’re really building to a 5, 5.25 percent, maybe, and that’s getting dangerously close to acquisition cap rates.”

“We’re in an interesting situation now, where anytime you have a END_OF_DOCUMENT_TOKEN_TO_BE_REPLACED

Barry is one of my favorite writers on finance, the economy and politics but I don’t want to just be a feed for his blog. Some days however he’s got too much good stuff and today is a prime example… in a fun way. Check out this chart of the Skyscraper Index Building Bubble. Clicking on this link will take you to a large image. Clicking on the image below will take you to the original post on Barry’s blog: 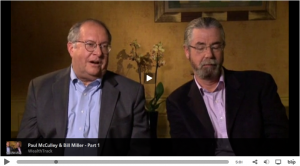 Psychologists claim that many of our biases are evolved mental processes which at one point may have been adaptive to our environment. Because the mind is not a perfectly calculating machine, it uses many different heuristics (or “rules of thumb”) that help guide the decision-making process. Although this process isn’t perfect, it often gets the job done in terms of survival and reproduction. Many of these biases may still be functional in today’s world, but others can greatly inhibit us from making rational and intelligent decisions.

Starting with the Bias Blindspot which is our tendency to think we are less biased than others the article lists the different types of biases investors (and everyone) face and more importantly how to overcome them:

“AIG plans to make fresh domestic investments later this year and has already reached out to developers of new apartment buildings in major metro areas.” AIG’s new investments will likely amount to hundreds of millions of dollars a year, though it  hasn’t set specific targets yet

Specifically, AIG has expressed interest in a $100 million project in Montclair, N.J. aimed at transforming a former Jaguar dealership into an apartment complex that will include retail and office space, the paper said. AIG, which is still 70%-owned by taxpayers, is also eying property in California and the Southeast U.S

END_OF_DOCUMENT_TOKEN_TO_BE_REPLACED

Bonds backed by Fannie Mae and Freddie Mac tied to apartment investments soared to a record as the government-supported mortgage companies made low-cost loans on rental properties amid a continued slide in home values. Fannie Mae, Freddie Mac and Ginnie Mae sold $13.5 billion of securities tied to apartment buildings in the first quarter of 2012, an 81 percent increase from the year-earlier period and up from $5.2 billion issued in all of 2008, according to data compiled by Bloomberg. It’s the highest quarterly issuance since records began in 1993.

The interest rate for a 10-year, fixed multifamily loan END_OF_DOCUMENT_TOKEN_TO_BE_REPLACED

Great podcast on the financing market for CRE and apartment building investment with a look at potential impacts from events around the world.

“In this Global In-Sights podcast, Spencer Levy, Executive Managing Director for CBRE Capital Markets, shares his view on the commercial real estate debt and equity finance markets. What are current key sources of capital, what is the current pricing of CRE debt, and what are expectations going forward?  Are there key sectors that are attracting most of the capital flows? What are expectations for interest rates and how are investors underwriting the possibility of an interest rate spike in the next 2 to 3 years?  What are some of the key positive trends that we suggest our clients look out for when selecting markets in which to invest?”