As the U.S. economy enters 2012, the gross government debt to GDP ratio stands near 100% (Chart 1). Nominal GDP in the fourth quarter was an estimated $15.3 trillion, approximately equal to debt outstanding by the federal government. In an exhaustive historical study of high debt level economies around the world, (National Bureau of Economic Research Working Paper No. 15639 of January 2010, Growth in the Time of Debt), Professors Kenneth Rogoff and Carmen Reinhart [Again with those two!] econometrically demonstrated that when a country’s gross government debt rises above 90% of GDP, “the median growth rates fall by one percent, and END_OF_DOCUMENT_TOKEN_TO_BE_REPLACED

The real problems we’re facing around the world are from excess leverage and at the end of every debt binge the unwinding happens in three ways.  Debt creation can be reduced and austerity can be imposed to make room for END_OF_DOCUMENT_TOKEN_TO_BE_REPLACED

I believe this quote from the article reflects an important trend in multifamily, indeed all residential development, re-development and infill: “People are paying a premium to be within a one-block radius of a Metro station, and properties within walking distance of Metro stations continue to be a strong lure for investors,”… 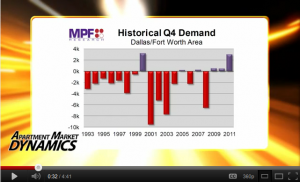 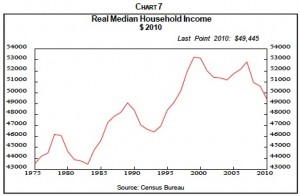 Amid limited supply and demand edging up, market conditions for the multifamily sector should be favorable in 2012 but Europe is a wildcard for the economy.  Demographics support demand says Ron Witten, president of Witten Advisors; “The data suggests that somewhere over 60 percent of the jobs created in 2010 and 2011 have been 20- to 34-year-olds going to work. That’s very good news for the apartment sector.” See more at: http://bit.ly/Aq73Sf

The program, which was cited by Federal Reserve Chairman Ben Bernanke last week as one way to address the housing crisis, would sell foreclosed homes now owned by Fannie Mae and Freddie Mac to investors in bulk. The properties would then be converted into rentals. 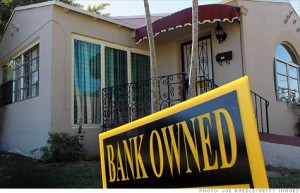