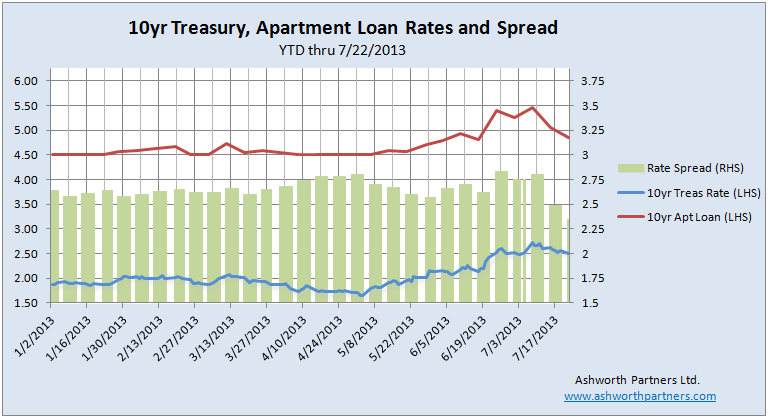 Then the Fed meeting notes came out in the middle of June and the T10 shot up but we got a double dose because the spread jumped up too. The Treasury went from 2.19% on the 17th to 2.57% on the 24th, and the spread jumped from 262pb to 283. It makes sense that in the uncertainty of a sudden rise in rates that lenders would widen their spreads to create a little breathing room but since then things have gotten quite interesting… in a good way. The good news is that since then the spread has END_OF_DOCUMENT_TOKEN_TO_BE_REPLACED